Home / Nutrition / My Story: how I stopped overeating 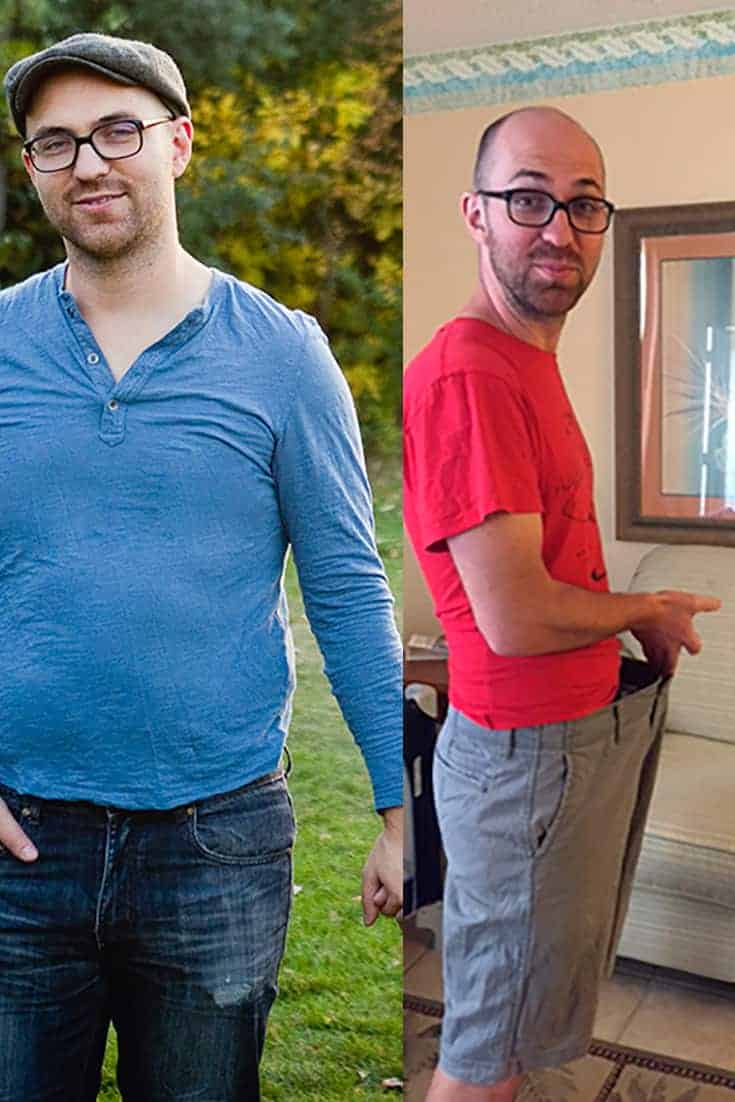 When I was diagnosed with cancer at the age of 27, it came as a revelation. It explained why I’d been losing weight for months: a tumour had decided to eat some of my extra calories.

You see, losing weight wasn’t something I’d decided to do. To me, weight loss and weight gain always seemed like something out of my control.

As a teen, I would sneak ice cream at night and eat a litre at a time, without ever gaining weight. I figured my genetic make-up was looking after me.

As a young adult I noticed my belly growing, and I again put it down to genetics. My dad had a belly. Most people gain weight as they get older, so it seemed inevitable.

When I got a physical job, I lost weight.

When I got a desk job, I gained weight.

My circumstances dictated my size.

When cancer struck, the surgery contributed to more weight loss. As I recovered, I backpacked Europe and lost even more. I felt like I was in the best shape of my life.

Then came chemotherapy, and I gained all that weight back.

Chemo was actually the most legitimate excuse for overeating I ever had. The chemo made me feel nauseated all the time, unless I had something in my stomach. So I would snack constantly to deal with the nausea.

Still, I kept gaining weight long after chemo finished. I had developed bad snacking habits. An unfortunate circumstance, I lamented.

The pounds piled on. 5 years after my cancer was discovered, I had gained 50 pounds. I was technically obese. None of my old clothes fit me anymore. I found myself shopping for clothes that hid how big I had grown, instead of looking for clothes that I liked.

I often complained to my dietitian wife about my increasing weight, but I resisted the tips she’d give me. I didn’t like it when she mixed plain yogurt in with the sweetened yogurt, when she suggested I eat eggs for breakfast instead of Raisin Bran, or when she inquired about possible emotional reasons for my constant night snacking.

In other words, I was hoping that another circumstance would enter my life, so I could lose weight without having to work at changing my eating habits. But no physical job was on the horizon. No reoccurrence of cancer either. I grew resigned to my life as an overweight person.

The start of something amazing

When my wife developed a program called “I Quit Overeating” I was skeptical. Surprisingly, I didn’t fully realize how qualified she was to design this program, particularly considering her own battle with overeating. I was also a tad pessimistic about our ability to present that process to others. But I went along, and helped out by editing the material she was writing.

The things she wrote about made sense. They resonated. At that time my mindset wasn’t even focussed on losing weight. That still felt like something controlled by other factors. But these new concepts that Jessica was teaching me felt so simple and powerful that I just naturally started following them.

I didn’t follow all of them. But the ones that worked for me really worked for me. It wasn’t like I was required to pull the trigger on an overwhelming one-time lifestyle overhaul. Through the regular reminders and information contained in the program’s daily emails, little changes to my behaviour turned into new established habits.

Then, one day, I realized that it was happening. At a doctor’s appointment the weigh-in told me that instead of gaining 10 pounds since my last appointment, I had lost 10 pounds.

A couple of months later I weighed myself at a friend’s cabin. I was down another 10 pounds.

I remember waking up one morning with my hand on my belly, noticing how small it felt. I remember that morning specifically, because it was the first morning I visualized myself as an elderly man, and realized he would not be overweight.

The reason I was convinced of this so strongly (and still am) is because of how sustainable this entire process of life change was for me. Nothing felt like a struggle; nothing felt like a burden. It didn’t feel like an accomplishment. Unlike the calorie counters I talk to, weight loss didn’t feel like a trophy to be clung to for a year until it inevitably gets snatched away.

No, instead of that, I felt like I’d hit the lottery. It was the feeling of being set for life. It was the feeling of meeting the girl or guy of your dreams, and waking up the next morning to the realization that you have a whole new future in front of you. You don’t know exactly what it’s like, but you know it’s a lot better than your future looked the day before.

That’s more true than I even realized. Yes, I’ve now pretty much finished losing all the 50 pounds I had to lose. But no, that’s not all. Much more significant to me was the eventual realization that I held the power to enact change in my life. I didn’t have to go through my days being acted on by the circumstances around me. I could make small alterations to my daily routine that would result in big long-term life change.

I decided that just getting skinnier and skinnier wasn’t a great look for me, so I started working out. But, having learned from the program, I didn’t try to do too much. I started doing 20 push-ups a day in front of the tv. Seeing the results from that small habit encouraged me to work out more and more, so that now I’m working out an hour every other day. And I enjoy it all, partly because I do it along with a Netflix show.

As another side effect of realizing the power of habits, I’ve now started taking voice lessons, getting to bed earlier, and working more productively. I’m always looking out for little habits that might improve my life.

I had no idea that one program like this could change my life so significantly. The upward spiral it set off for me has absolutely changed my life.

This can be your story too. I encourage you to check out I Quit Overeating for yourself.