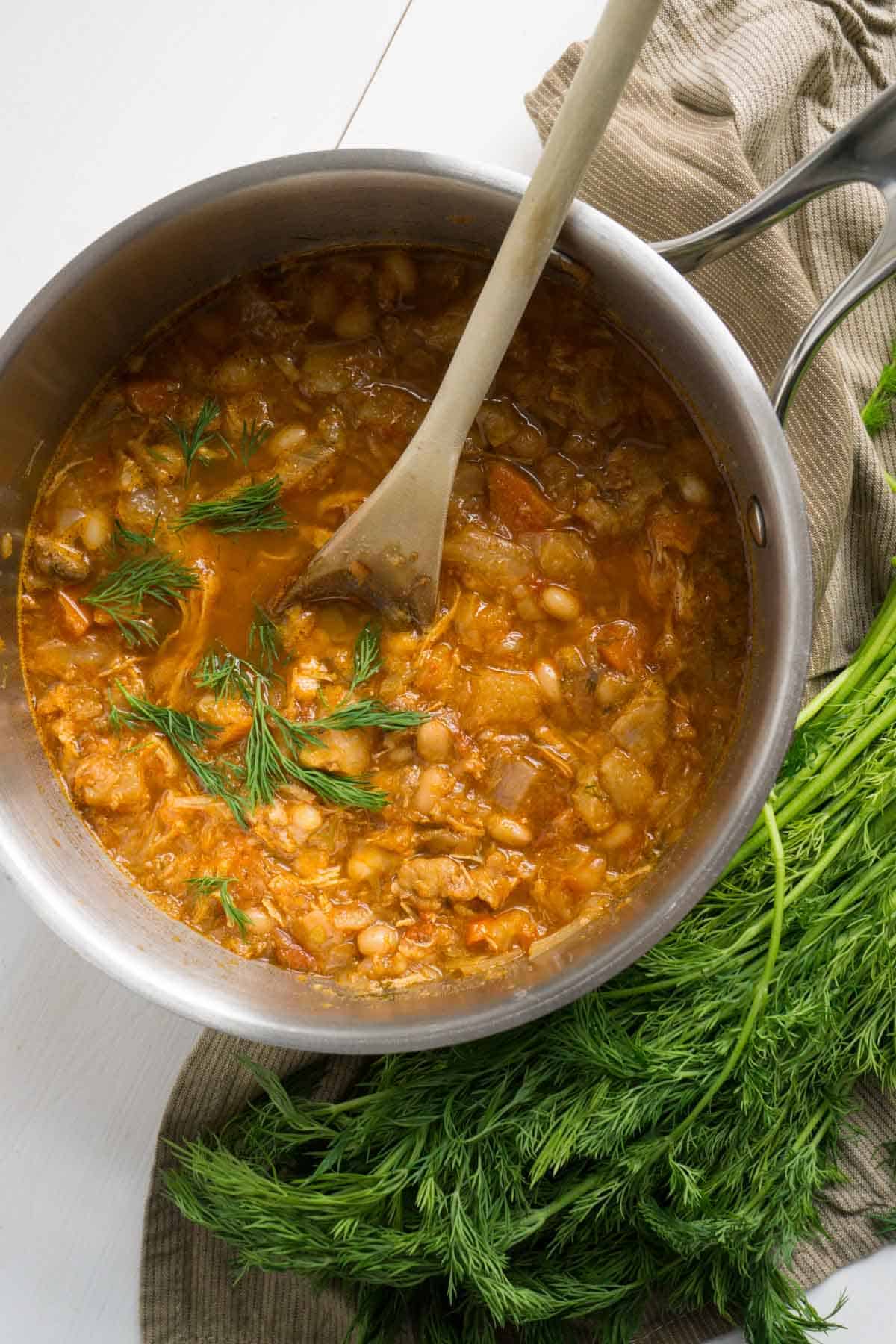 There’s a Maclean’s article claiming that the healthiest diet consists of the foods that our grandparents ate.  While it’s certainly a quaint idea and aspects of it have merit, the journalist’s article is largely based on observations made by a second generation Canadian anthropologist whose mother’s lifespan was 28 years shorter than his grandmother’s.

This is hardly the randomized, clinically-controlled trials we hold out for in the research realm.

But my two year old son seems to know this ancestral wisdom intuitively. His favourite foods are the Mennonite soups of his heritage: green bean soup and cabbage borscht. And this isn’t because he’s exposed to these foods more often; they don’t get put on replay any more often than other meals in our house. But each time I or his grandmother make these dishes, he devours them without any hesitation whatsoever.

Should we all be eating like our grandparents did? There is some merit to this idea, for a couple of reasons.

Food affects different people differently, depending on our genetic makeup. Some gene variants will help you tolerate a diet higher in fat, while other genes will predispose you to weight gain on a high fat diet. Since genetics are obviously passed down from one generation to the next, you probably share a lot of genes with your ancestors. Your ancestors probably, over time, developed their food traditions according to how well they responded to different foods.

An alternate probable explanation for this genetic link between our food and the food of our ancestors has to do with regionally available food. If your ancestors lived in a region where corn was readily available, but not wheat, this would encourage your family genes to develop variants that better tolerate corn. So, corn would indeed be better for you because it was eaten by your ancestors.

Of course, few of us have access to the meal plans of our great-grandparents. We have an idea from some of the foods passed down, but there’s much more involved. How much did they eat of each food? Which foods haven’t stood the test of time? For example, in my heritage, the Mennonite foods that have stuck around are the ones that are absolutely delicious. There are plenty of staples from years past that have been abandoned, because they just weren’t that good. Lard on bread, anyone?

If you want to learn more about how to eat best for your body and your genetics, I offer a 45 gene test that will tell you which foods and nutrients your body responds best to, as well as which foods are more likely to harm your body.

So this is one potential fad craze that I’m not actually against, as long as it’s part of a balanced diet. 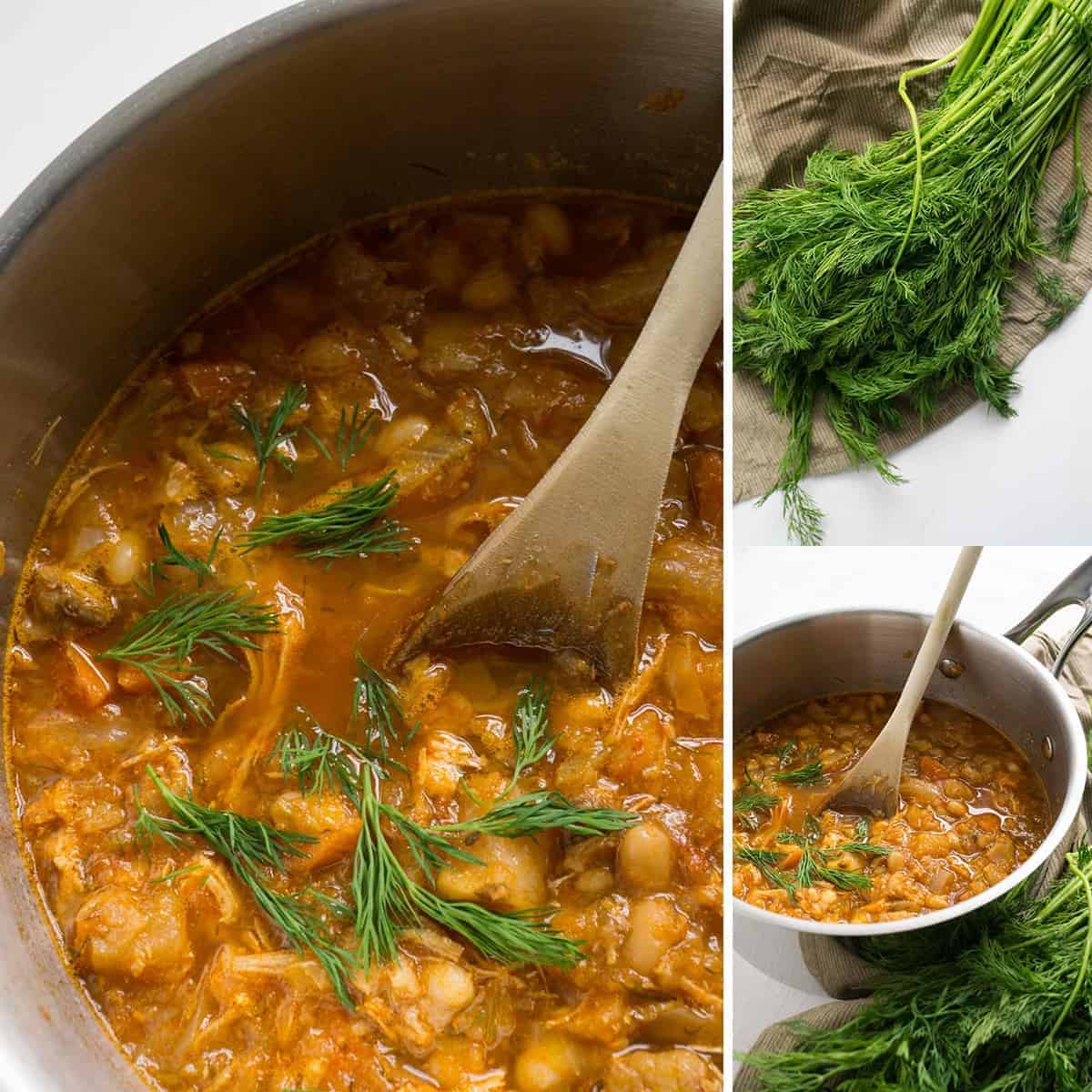 As for this recipe, whether you’re Mennonite, Ukrainian, Japanese, or Nicaraguan, you’re going to love this soup! I’m just learning to like beets so this recipe is not beet-heavy. You can probably tell by the colour of the soup! On the other hand, I do love dill, so this recipe has a LOT!

Beans aren’t a traditional borscht ingredient, but I throw them into everything, so of course there are beans in this recipe! I almost feel as though I can’t make a soup without putting at least some type of legume in it.

Why It’s A Smart Choice 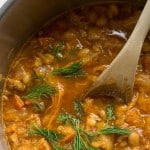 Print Recipe
A hearty, soul-warming soup with chicken, cabbage, and a little bit of beet.

Better Than Bouillon not available in your area? Try Amazon