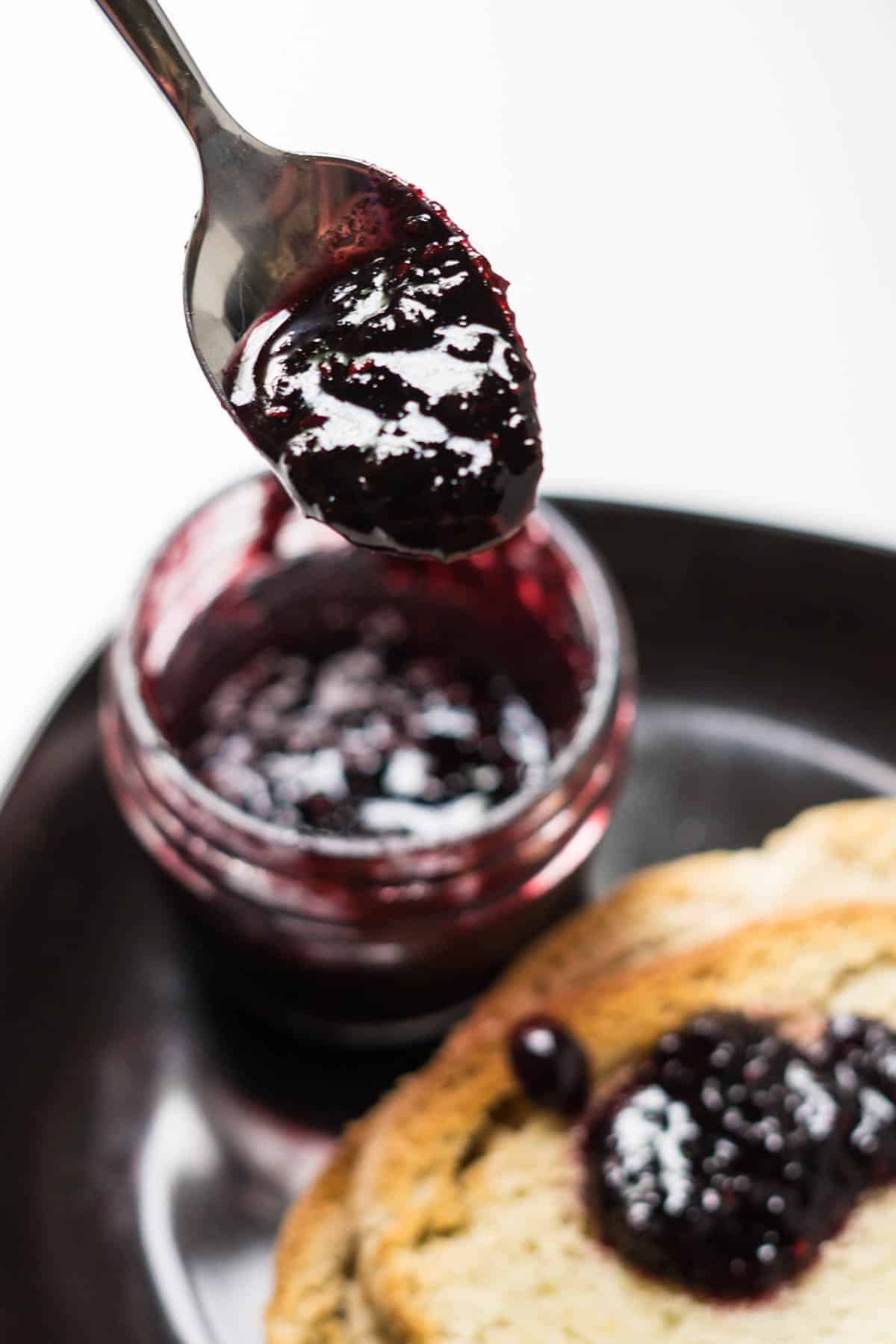 I made this saskatoon jam as low in added sugar as possible while keeping it food safe! The result is a jam bursting with berry flavour!

The other day at breakfast I sighed a contented sigh.

We had toast, jam, fresh fruit, and coffee.

I suddenly realized that this isn’t a breakfast I would normally get excited about. In fact, I’m not really much of a toast and jam kind of girl. But the toast was made with homemade sourdough bread. The fresh fruit was blueberries and cherries, which I only ever buy in season. The coffee was a freshly ground French pressed dark roast.  And the jam was saskatoon.

The story changes when you’re eating gourmet. And yeah… I also realized I might just be a bit of a food snob! 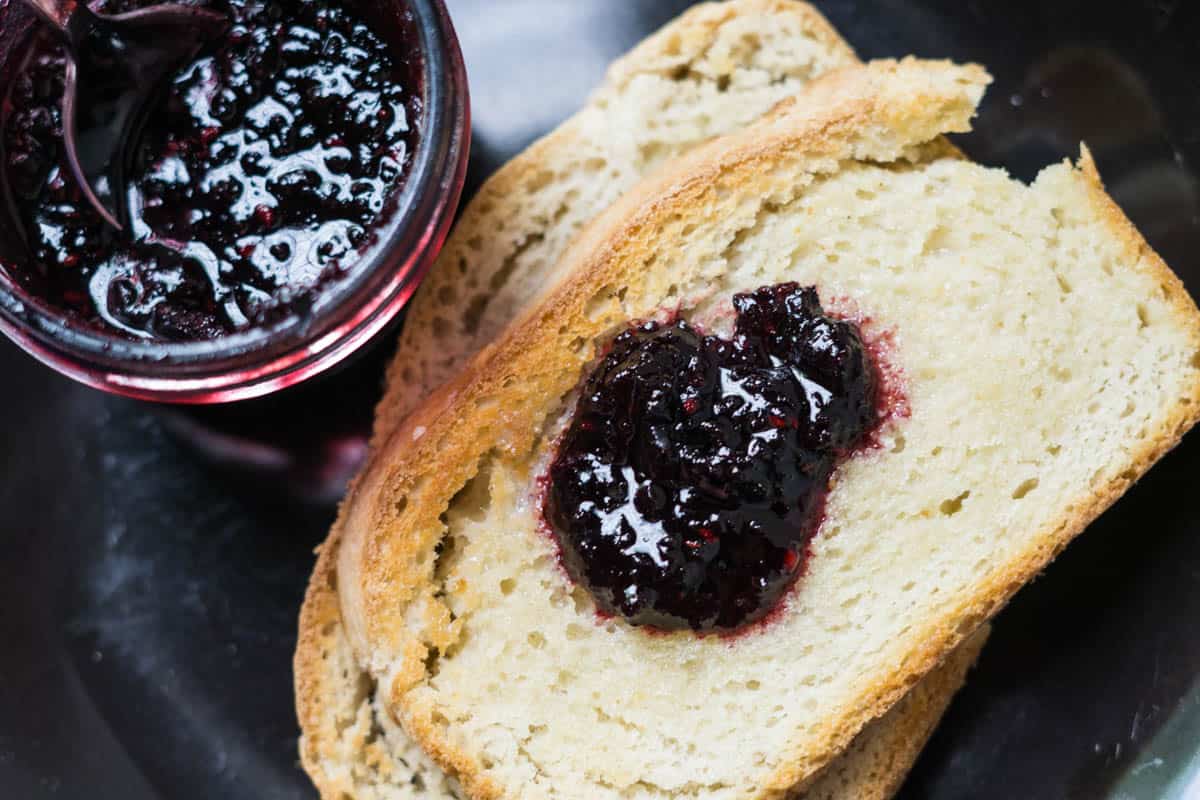 I found myself digging out my old food lab manual to create this recipe. I wanted to make it with as little sugar as possible while still keeping it food safe. The sugar in jams and jellies isn’t just added as a cheap filler to sweeten it. The sugar acts as a natural preservative against yeast, mould, and bacteria. So you can’t just cut the sugar out completely.

why this saskatoon jam is a smart choice

As far as fruit goes, berries are impressive nutritionally. And as far as berries go, saskatoons are even more impressive!

When you condense the fruit into a jam, you’re going to get a higher concentration of these nutrients. By adding less sugar to the jam than traditional recipes, each bite of jam will have more fruit and therefore, more nutrients such as iron and copper! 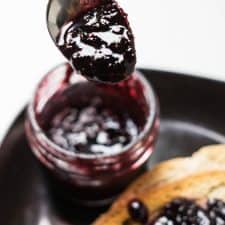 Print Recipe
I made this saskatoon jam as low in added sugar as possible while keeping it food safe! The result is a jam bursting with berry flavour!

Fills 12x 125 ml (½ cup) mason jars + extra to keep in the fridge and use within one week.
Calories:
Author: Jessica Penner, RD

Previous Post: « What the Health Review – the good, the bad, and the ugly
Next Post: Vegetarian Caesar Dressing – easy blender recipe »