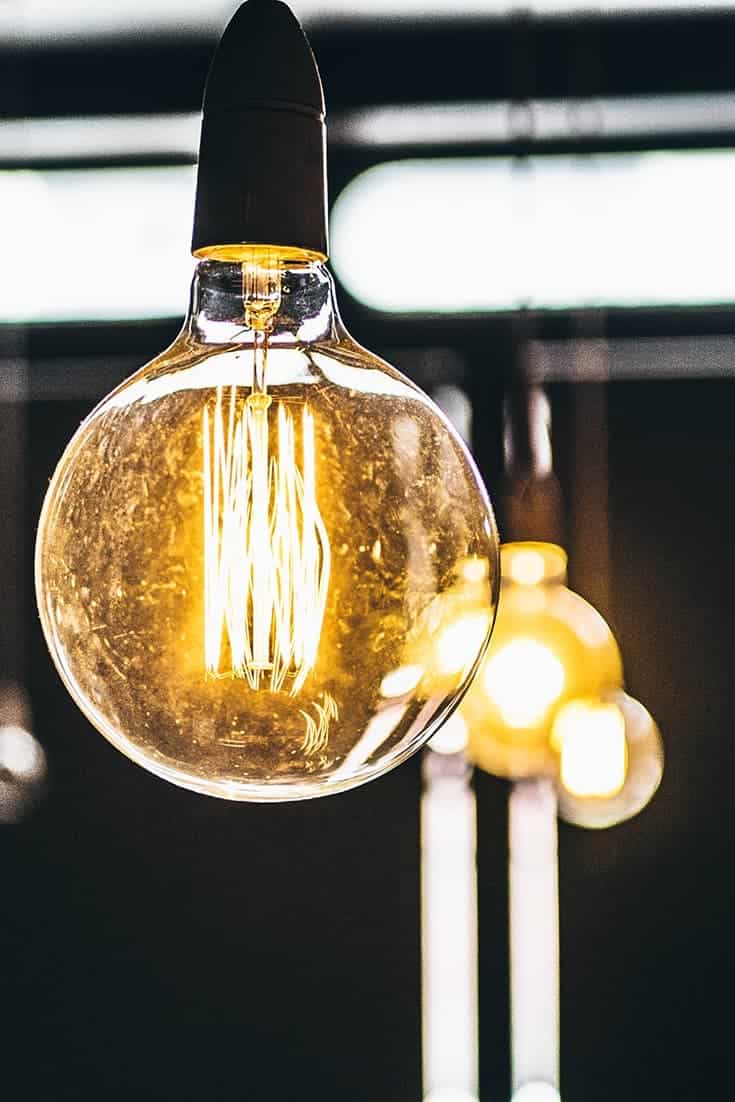 Today’s post is written by guest author, Tami Lyon. Tami is a Registered Dietitian practicing in California. She is also the chief nutrition consultant for MealEnders, a small sweet morsel that starts with a smooth satisfying outer later that melts into a tingly middle. The experience lasts about 20 minutes giving your body enough time to send fullness signals to the brain after a meal.

New Year’s resolutions are easy to make, but can be tough to follow through with. Furthermore, changes to our daily routine and diet are hard to stick by. But there are a few ways that you can set yourself up for success by making simple changes in how you think about food.

make the most of leverage points (the key decisions that minimize the number of food decisions.)

According to a study by Cornell Professor Brian Wansick, we typically make more than 200 choices related to food every day. But there are often just a handful of decisions that are pivotal… if we make the right choice, we can eliminate many smaller decision points down the road. By recognizing those key decisions when faced with them, and understanding how they come into play, we greatly increase our chances of success.

For example, we often hear that we should just avoid buying foods that are bad for us – if they’re not around, we won’t eat them. But if you think about it, this is really about making one key decision that avoids multiple others. So, let’s say that you find potato chips to be particularly tempting. While shopping, you instinctively grab them off the shelf and tell yourself that you’ll only eat a few at a time, or save them for guests, or some other rationalization. Later, at home, you know that they’re near and feel strongly compelled to eat them at many different points that day and throughout the week, leading you to test your resolve each time. So in the end, your impulse decision to buy potato chips burdens you with multiple additional choices about eating them. If, instead, you refrain from purchasing them, you make one powerful decision at the store, but you are released from the many chip-eating dilemmas later.

The same logic can be applied when it comes to social meetups. It’s commonplace to meet a friend out for a meal, coffee, or a drink. But instead of consuming while you socialize, suggest going for a walk. This single decision will eliminate the hard choices of what to order, how much to order, how much to eat or drink, what condiments to add, etc., where just one out of those dozens of decisions could result in the consumption of unnecessary calories.

And when you do have to dine out, you can apply this same philosophy. Go online, look at the menu in advance (make sure not to do this on an empty stomach!), and select a lower calorie option. Then, commit yourself to that selection by telling your dining companion.

Everyone loves a good money-saving deal. However, though stores like Costco may seem great for your wallet, they’re often not so great for your waistline. Not surprisingly, buying in bulk can lead you to buy more junk food, which can cause you to eat more junk food. Focus on Costco’s fresh produce section and steer clear of their dry grocery section, particularly the candy, salty snacks and, yes, even trail mix aisles (a small handful—30g—of Costco’s Kirkland Signature Trail Mix packs 160 calories!).

Also, “value meals” tend to be anything but. Though you may be getting more food for your money, the quality of food is often lower and you’re usually getting much more than you need. Research by Brian Wansink demonstrated that we are less satisfied with a serving of food when we know there is a lot more of it close by. So when you buy the bulk package of snack mix, just knowing that there is more in the pantry makes it more compelling to eat another serving. This can lead to more consumption, which can lead to weight gain. Instead, purchase single portion items, even if they’re a little pricier.

don’t think of an unfinished plate as wasteful

All too often, we eat what we don’t need (or even want) in the name of “not wasting it.” But whether you throw it in the trash or down your throat, this unwanted food isn’t helping anyone. In fact, in the latter case, it’s only causing you to gain weight. Instead, don’t be afraid to throw it out or box it up for tomorrow’s lunch. Soon, you’ll get a feel for how much food you need to consume. Then you’ll be able to portion out just what you need when you first get served, and you can ask the waiter to immediately box up the rest so you won’t be tempted. In the end, you’ll be both eating, and wasting, less. 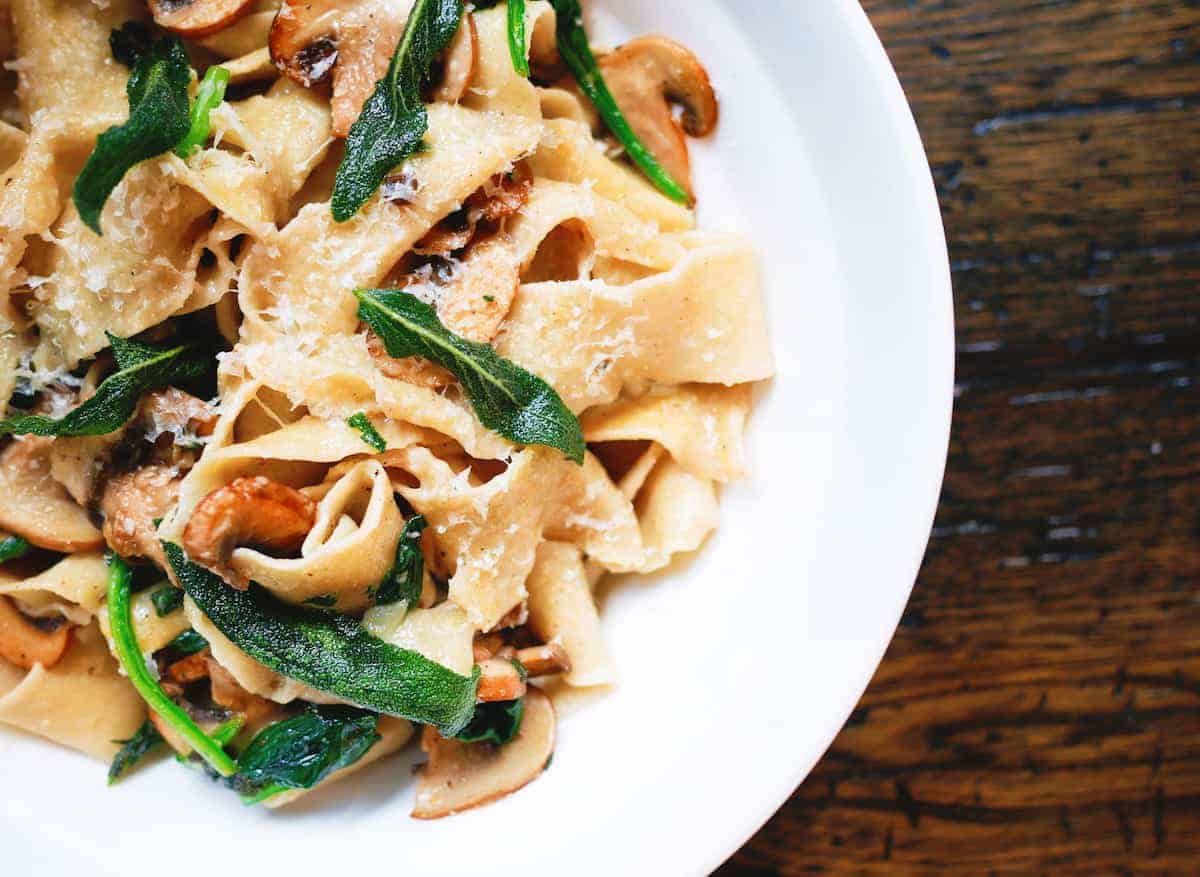 slow and steady wins the race

In this case, you’re only competing against yourself and the so-called “race” has no time constraints. Many people throw themselves wholly and completely into weight loss, taking their efforts from zero to 60. While complete commitment is certainly a virtue, this type of sudden ramp up is very difficult to sustain. Instead of committing to running every day, going to yoga, and eliminating carbs, strive to change one or two habits at a time. Don’t overextend your reach—aim to make small changes first. For example, switch from sugary drinks to water. Once you succeed at making one change, you’ll feel encouraged to move forward with more.

Though ambition is good, an all-or-nothing attitude could hurt your weight loss goals. For example, instead of telling yourself, “I will not eat any dessert this month,” tell yourself, “I will strive to select fruit for dessert whenever possible and will do my best to keep my fridge stocked with good fruits at all times.” Weight loss is a tricky thing, and you can’t always control how your body responds to your efforts. Plus, nobody is perfect, and when you think of your goals in binary terms, you leave no room for failure.

Follow up your slow and steady mindset by constructing concrete behavioral steps, which you can learn more about in our ebook.[link to be inserted once landing page created]

In The Power of Habit: Why We Do What We Do in Life and Business, writer Charles Duhigg explains that it’s easier to incorporate a new, positive habit than to eliminate an ingrained, less-than-positive behavior.

Since many of our unhealthy habits are associated with a reward, they are very hard to break. To get rid of a bad habit, you have to find a healthier option that will yield the same, or similar, reward. Once your brain associates that new, better habit with the reward, it won’t require so much willpower to follow through. Going back to the example above about opting to walk with a friend instead of a grabbing a drink – if the reward you get from going out for that drink is primarily the social interaction it allows, then setting up a walk, or better yet, a weekly walk together, will eventually come to be associated with the end reward of socializing and will replace the old bad habit of going out for drinks.

On top of all that, research shows that people who are more tuned in to the positives, including unanticipated positive outcomes of a decision, tend to be more successful at forming new habits. Say you find that going for a walk rather than drinks has resulted in saving you enough money to buy those shoes you’ve had your eye on. Focusing on that positive outcome will help that new habit stick.

Ultimately, a positive attitude will help you in so many ways along the journey to better health. Remind yourself that you can accomplish what you want to, and that you don’t have to achieve perfection to be successful.

Sure, losing weight is a physical endeavor. But like anything in life, it takes mental strength. So, keep your mind strong, stay positive, and be patient. Before you know it, be well on your way to living a sustainable, healthy lifestyle.

A big thank you to Tami for sharing her expertise! If these tips and tricks for changing your mindset resonate with you but you’re just not sure exactly HOW to implement them in your life then please check out my online program called I Quit Overeating! I take you step-by-step through the process of letting go of harmful mindsets and adopting new thought patterns and habits. By the time you graduate, you’ll be experiencing food freedom!  Check out these testimonials from real people whose lives have been transformed through I Quit Overeating.

Previous Post: « Canada’s New Food Labels…Everything You Need to Know (including what you can ignore)
Next Post: High Protein Smoothies to Promote Satiety »