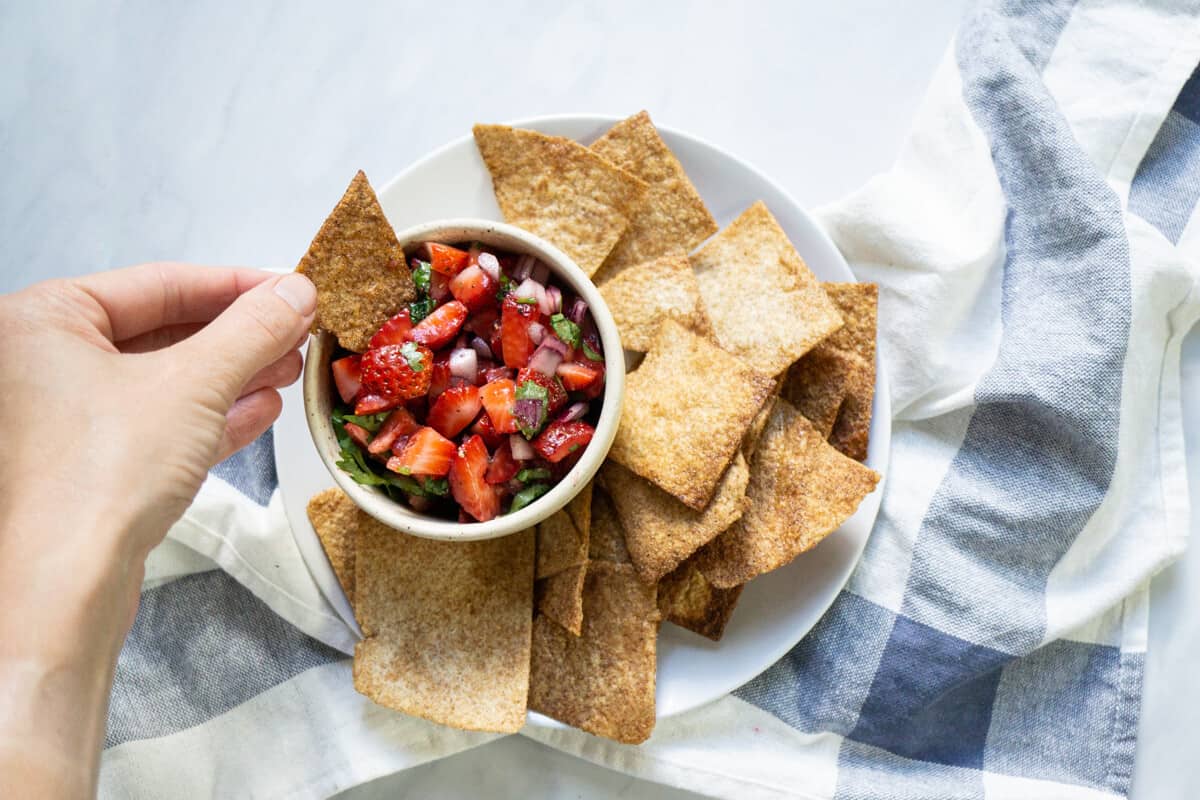 Are you a cilantro fan? I used to think there were only two camps of people when it comes to cilantro:

There’s a genetic variation that causes cilantro to taste like soap to some people. So I guess I can’t blame those that hate it. I wouldn’t exactly want to munch down on a bar of soap myself.

But I recently discovered a distinct third group:

3. Those that can take it or leave it and don’t understand why cilantro can be so polarizing for the first two groups!

I’m staunchly in the first group. Cilantro, in my humble opinion, makes everything better; even strawberries!

Previously, both of my kids had never wanted anything to do with my cilantro dishes. I was starting to think I had given birth to TWO people in camp number two (aka the haters).

But then I threw cilantro into strawberries and they gobbled it up! So maybe they just needed a familiar and beloved fruit to help make the jump to actually wanting to taste cilantro.

Why Strawberry Salsa and Cinnamon Chips are a Smart Choice

Did you know? Strawberries are a great source of Vitamin C! In fact, they’re on par with oranges, which have hogged the Vitamin C limelight for far too long 😉

A cup of this salsa will give you a full serving of strawberries and nearly a full day’s needs for Vitamin C, a few grams of fibre, and plenty of other phytonutrients! 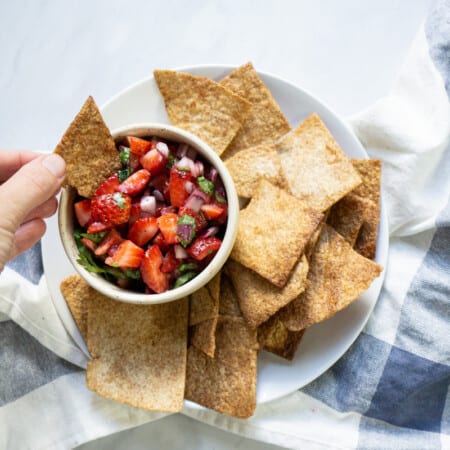 Try These Other Tasty Snacks!